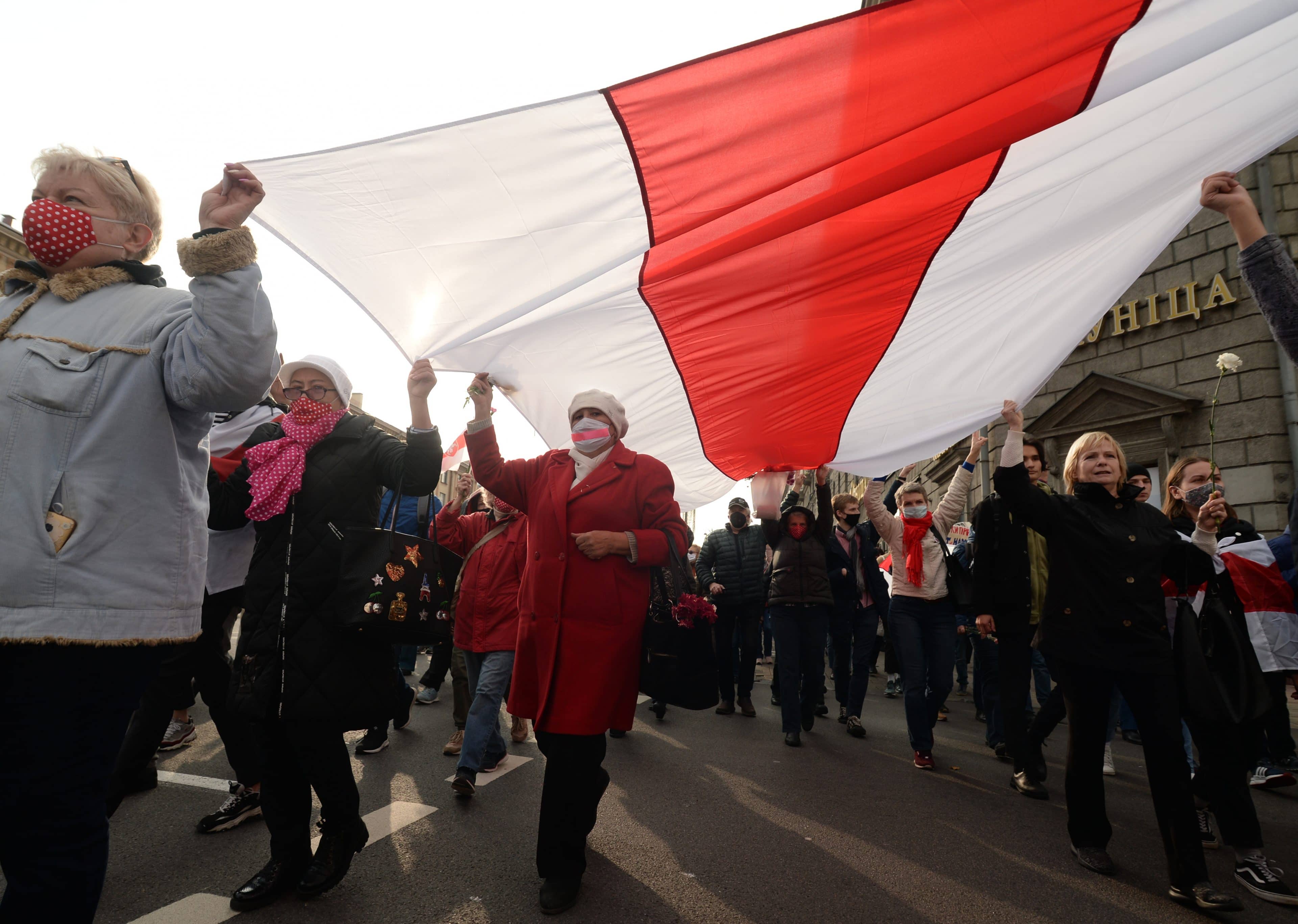 Belarusian factory workers, business owners, students and pensioners have taken to the streets in a nationwide strike after Belarus’ long-time ruler Aleksander Lukashenko ignored opposition calls to step down on Sunday.

Two weeks ago, Belarus’ opposition leader Svetlana Tikhanovskaya gave Lukashenko an ultimatum until Sunday night to resign over claims that the August 9 elections were “rigged”, threatening to unleash nationwide strikes that could paralyse the country, if he didn’t quit his post. Speaking from Lithuania, where she has been in exile since August, Tikhanovskaya also requested the release of political prisoners and an end to police brutality.

According to reports, on Sunday more than 100,000 people took to the streets in several cities across the country, including the capital Minsk, Grodno, Brest, Mogilev and Novopolotsk carrying banners reading “Enough”, with the Interior Ministry saying that police made 523 arrests, 352 of whom are still in custody.

Videos circulating on the web showed that police forces used stun grenades and and rubber bullets against peaceful demonstrators, while security forces blocked roads in the capital and water cannons were put in place.

Despite the opposition calls, Lukashenko ignored calls to surrender power, leading Tikhanovskaya to call on Belarusian people to go on a general strike, as planned.

“Today, the people’s strike begins – the next step for Belarusians towards freedom, an end to violence and new elections,” Tikhanovskaya said on Monday.

Employees of numerous state enterprises, universities, private organisations, doctors, teachers, students, artists, transport workers and many others have joined the strike across the country, demanding Lukashenko to resign, violence to stop and political prisoners to be released.

In the capital, many private businesses closed for the day, with some employees taking a day of holiday in solidarity with demonstrators, and a number of cafes and restaurants closed. Authorities from the industry ministry said that despite the unrest, key enterprises run smoothly.