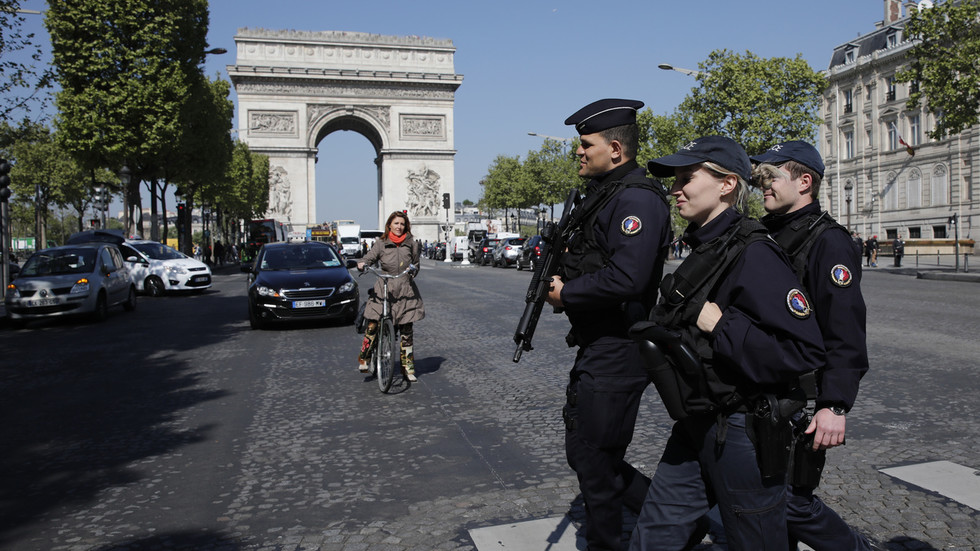 The terrorist threat in France is “very high” and police protection at religious sites will be stepped up as the government continues its crackdown on radical Islam, the country’s Interior Minister Gerald Darmanin said.

Speaking on Tuesday, Darmanin told France-Inter Radio that security operations will be ramped up at religious sites as the country faces an increased terrorist threat ahead of All Saints’ Day on November 1, in the wake of the recent brutal killing of a history teacher in an apparent Islamist attack.

The minister talked of the need to fight France’s internal enemy and tackle “rampant Islamism which is arming people ideologically.”

Darmanin also announced the government’s further plans to crackdown on Islamist groups in France. He highlighted two groups, the NGO Baraka City and the CCIF (Collective against Islamophobia in France), both of which are accused of promoting radical positions on Islam.

“There is a battle against an Islamist ideology. We must not back down,” Darmanin said, adding, however, that the Muslim religion “has all its place in the republic.”

The minister also hit back at Turkish President Recep Tayyip Erdogan for his criticism of Emmanuel Macron’s hardened comments on radical Islam, saying that foreign leaders had no right to meddle in France’s concerns.

Also on rt.com Muslims in Europe subjected to a ‘lynch campaign’ like Jews before World War II – Erdogan

France has engaged in a crackdown of Islamism following the beheading of French teacher, Samuel Paty, on October 16. Macron declared that Islam was “in crisis” and refused to renounce the controversial Mohammed caricatures published by the Charlie Hebdo magazine.

The rhetoric and actions of Macron and his government have angered many Muslims around the world, with leaders in Turkey, Pakistan and Morocco, among others, slamming the French president and supporting a boycott on French goods.

In response, the French government issued a warning to French expatriates on Tuesday, urging vigilance as anti-French sentiment surges.