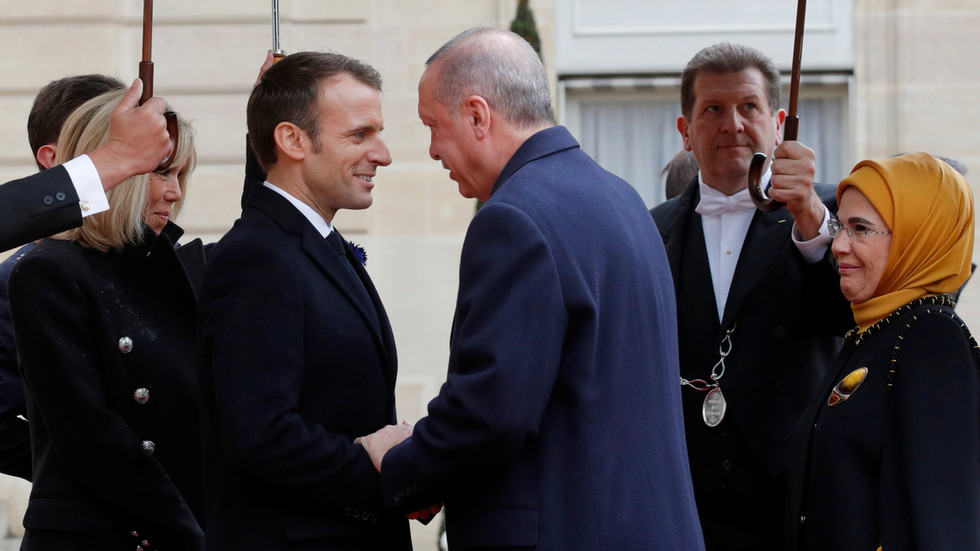 France’s trade minister has called on the EU to adopt formal measures against Ankara at its next summit, after the Turkish leader questioned the French president’s mental health and called for a boycott of the country’s exports.

“France is united and Europe is united,” Trade Minister Franck Riester told French lawmakers on Tuesday. “At the next European Council, Europe will have to take decisions that will allow it to strengthen the power balance with Turkey to better defend its interests and European values,” he added. He did not specify as to what measures could be taken.

Riester believes it is not yet clear what impact the boycott campaign in Turkey and other states will have, as it has mainly affected French agricultural exports. He warned on Tuesday, however, that Turkey needs Europe and France more than they need Turkey.

Paris wants to continue to maintain economic relations with Ankara, but only “when Turkey changes its behavior toward France and toward Europe,” Riester said.

Erdogan recently claimed that Macron needed to undergo mental evaluations because he “had a problem” with Muslims. The rebuke prompted France to recall its ambassador from Ankara. The French president had earlier pledged to fight “Islamist separatism” in his country following the beheading of a French teacher by an Islamist militant, after the educator showed cartoons of the Prophet Mohammed in a class on freedom of expression.

French people have displayed more cartoons since then in solidarity, and Paris on Tuesday warned its citizens in several Muslim-majority countries to take extra security precautions.