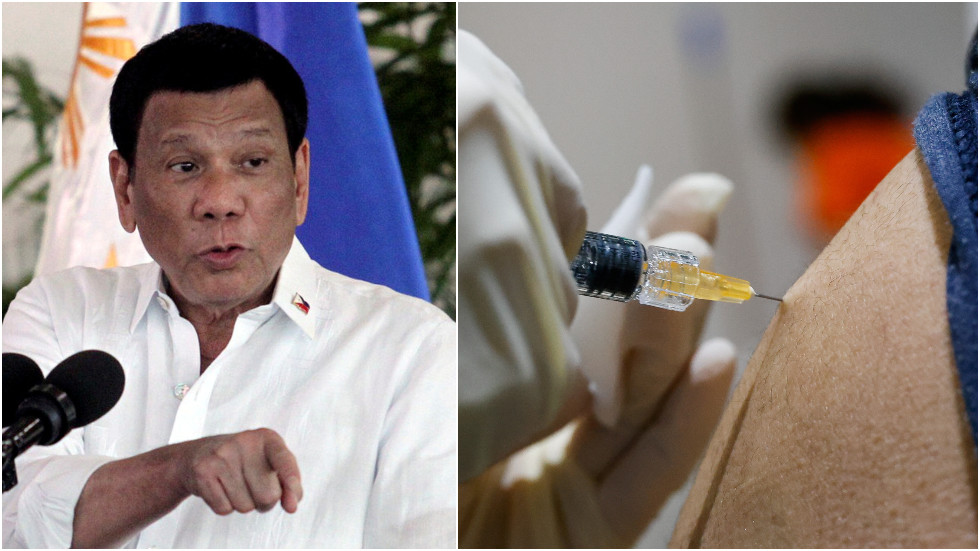 Philippine President Rodrigo Duterte said he would pursue a direct government-to-government deal for a coronavirus vaccine with either China or Russia, warning that ‘corrupt’ private suppliers could try to swindle his country.

“Let me tell everybody that we will not beg, we will pay,” Duterte said in a televised address on Monday night, adding that while Manila is not seeking charity it also aims to sign a direct government-to-government deal without intermediaries.

The president did not indicate the status of vaccine negotiations with Beijing or Moscow, saying he merely mentioned the two countries as possible sources out of a “sense of urgency,” and that “all options” were still on the table.

The one that could give us the best interest for the country will be chosen.

Duterte stressed the need to obtain an inoculation directly from a friendly foreign state, rather than a private business, warning that such transactions could only bring “trouble” and that a government deal would mean “no corruption.”

Also on rt.com Western pharma is ‘all about profit’: Philippines’ Duterte vows to solely procure coronavirus vaccines from Russia & China

Under its proposed national budget for 2021, Manila will devote some 2.5 billion Philippine pesos ($51.6 million) to vaccine procurement, which Duterte said would be overseen by Finance Secretary Carlos ‘Sonny’ Dominguez III.

“Since he is going to pay, I will listen to Sonny. If there are no funds, he will go to jail,” the president said, apparently threatening prison time for a member of his own cabinet.

Duterte previously torched Western pharma firms developing coronavirus immunizations, saying they were “all about profit,” pointing to some companies who asked for a “cash advance before they deliver the vaccine.” The leader gave a stern warning to any company who offered similar proposals, vowing “I’ll kick your a**.”

Though the president has offered to be the first in his country to take the jab developed in Russia, Sputnik V, it is not clear whether such an arrangement has been made. However, Moscow’s ambassador to the island nation, Igor Khovaev, recently stated the jab could be available to the Philippines by the end of the year.