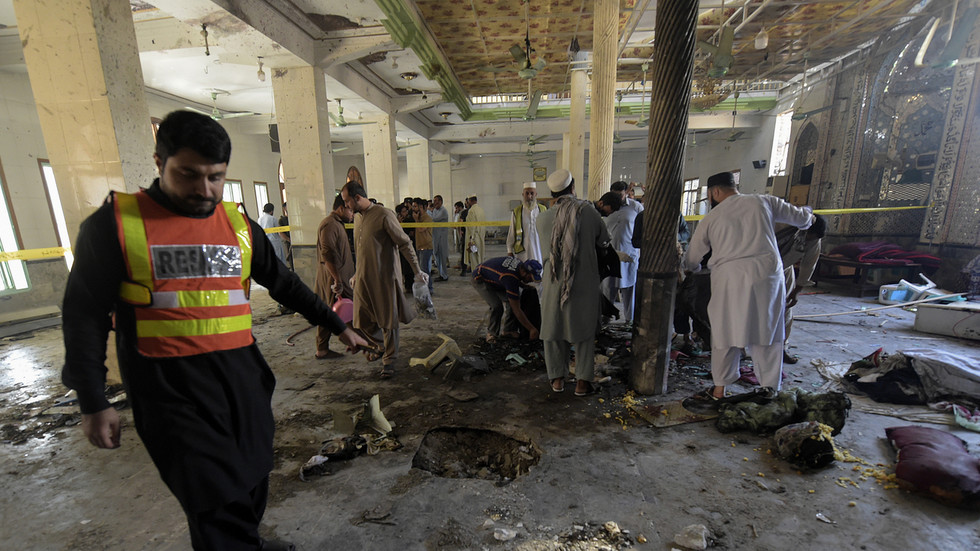 At least seven people were killed and 83 wounded in an explosion inside a seminary in northern Pakistan on Tuesday morning. Children are among the victims.

The blast took place in Peshawar, the capital of the northwestern Khyber Pakhtunkhwa province. Senior police official Wagar Azim told AFP that a bomb hidden in a bag was brought inside the Speen Jammat mosque – which also functions as a religious school for children – and went off in the middle of Quran studies.

A video from inside the mosque shows a teacher giving a lecture. The video feed is then suddenly interrupted as a loud bang is heard.

Local hospital officials told the media that the attack claimed at least seven lives, while 83 people were hospitalized. Five among them are said to be in critical condition.

In a message on social media, Prime Minister Imran Khan promised to “ensure the terrorists responsible for this cowardly barbaric attack are brought to justice asap.”

Deeply saddened by terrorist attack on madrassah in Peshawar. My condolences go to the victims families & prayers for early recovery of the injured. I want to assure my nation we will ensure the terrorists responsible for this cowardly barbaric attack are brought to justice asap

So far, no one has claimed the responsibility for the attack.