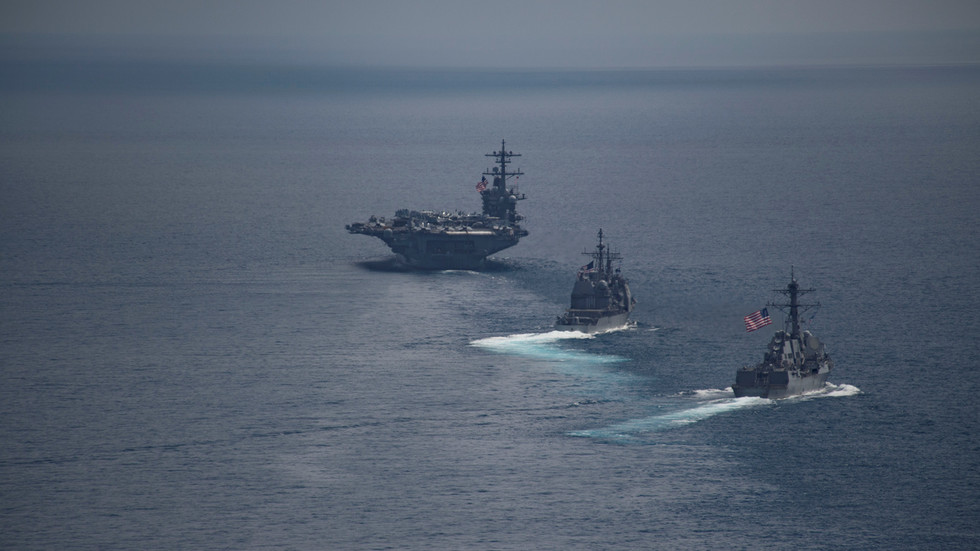 Beijing has slammed Mike Pompeo’s “zero-sum mindset” as US Secretary of State signs defense agreement with India as a part of five-day Asia trip, amassing support amongst regional powers in the face of growing Chinese influence.

Speaking on Tuesday, the Chinese Foreign Ministry spokesman, Wang Wenbin has hit out at US Secretary of State, Mike Pompeo for repeatedly bringing up the “China threat”.

“We urge Pompeo to abandon his ‘Cold War mentality’, zero-sum mindset, and stop harping on the ‘China threat’.”

Pompeo and Defense Secretary Mark Esper landed in New Delhi on Monday at a time when India is locked in the most significant standoff with China in decades at the Himalayan border.

Speaking before high level talks with Indian counterparts on Tuesday, Pompeo stuck to his usual rhetoric and reiterated the threat China poses to regional security.

“There is much more work to do for sure. We have a lot to discuss today: Our cooperation on the pandemic that originated in Wuhan, to confronting the Chinese Communist Party’s threats to security and freedom to promoting peace and stability throughout the region,” he stated.

The remarks come as Pompeo began a five-day visit to India, Sri Lanka, the Maldives, and Indonesia to drum up support against Beijing’s growing influence in the region.

The US wants to enhance cooperation with the nations within China’s sphere of influence and has become increasingly assertive in its aims of isolating Beijing and supporting its adversaries, most notably India and Taiwan.

Beyond the rhetoric, the US and India also signed the Basic Exchange and Cooperation Agreement (BECA) on Tuesday. The agreement will provide India with access to real-time precision data and topographical images from the US military satellites, giving India another tool in the ongoing border dispute with China.

The Secretary of State’s Asia trip has not been welcomed by Beijing who lament Washington’s interference in the region.

Also on rt.com Beijing slams Washington for forcing Sri Lanka to pick a side as US-China relations worsen

Speaking at a news briefing in Beijing on Tuesday, Wang Wenbin also condemned the US for further military sales to Taiwan, after the US State Department authorized the potential sale of up to 100 Harpoon Coastal Defense Systems worth around $2.4 billion to Taipei.

Also on rt.com China vows ‘appropriate & necessary measures’ in response to US plans to sell Harpoon missiles to Taiwan

Beijing has recently placed sanctions on US defense corporations, Boeing, Raytheon, and Lockheed Martin over their participation in an earlier $1.8 billion arms deal with Taiwan.