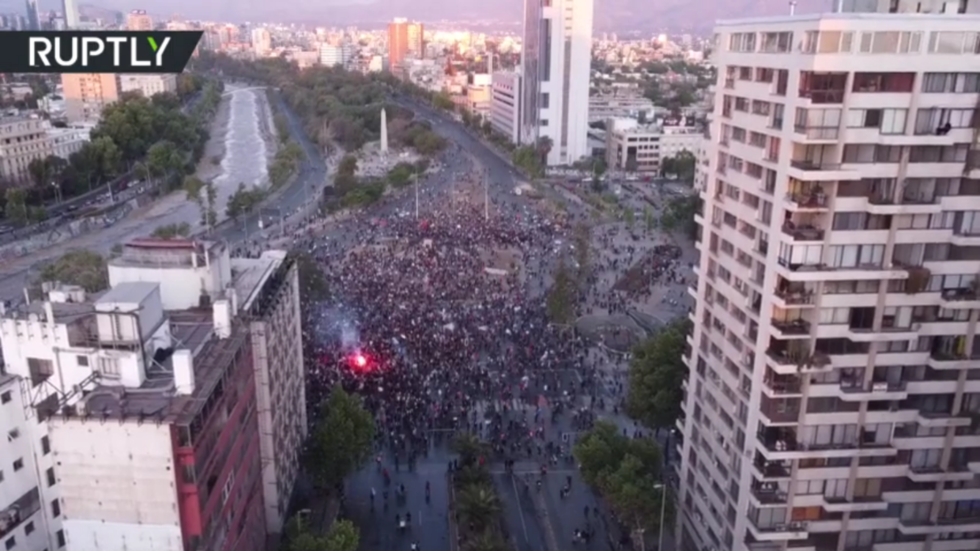 Thousands of Chileans flocked to the streets on Sunday evening after early results showed an overwhelming victory of the “Approve” campaign, which sought to replace the current constitution with a new set of laws.

Supporters of the constitutional change celebrated their win late into the night, setting off fireworks, beating drums and pots, dancing and chanting slogans.

During Sunday’s referendum, some 78 percent of people voted to replace the constitution, a remnant of the two-decade rule of General Auguso Pinochet. Once the outcome was clear, President Sebastian Pinera said work on a new constitution for Chile would now begin and that hopefully it would help the country overcome its divisions.

A new 155-seat citizen body is to be elected to work on a draft for a new constitution. The group will include an equal number of men and women. Also, several places are reserved for the representatives of indigenous communities.

Critics of the old constitution said it served to exacerbate economic and social inequalities and stood in the way of reforms that many Chileans want to happen. They say the private sector has too great a control over essential services like health care and education.

Proponents credited the current constitution for economic growth and warned that Chile would struggle to recover from the Covid-19 recession, unless Pinochet’s legacy is preserved.

Also on rt.com WATCH: Church goes up in flames & COLLAPSES as Chile anniversary rallies escalate into clashes and looting

The general seized power in 1973 through a coup and ruled with an iron fist, enjoying the support of Washington thanks to his anti-Communist and pro-business policies. There are people in Chile who praise his reign, but many others say whatever prosperity it brought cannot justify torturing and killing political opponents and fostering government corruption.

The demand for constitutional change was a driving force behind massive protests that have gripped Chile for over a year, as people there demand an end to social inequality.