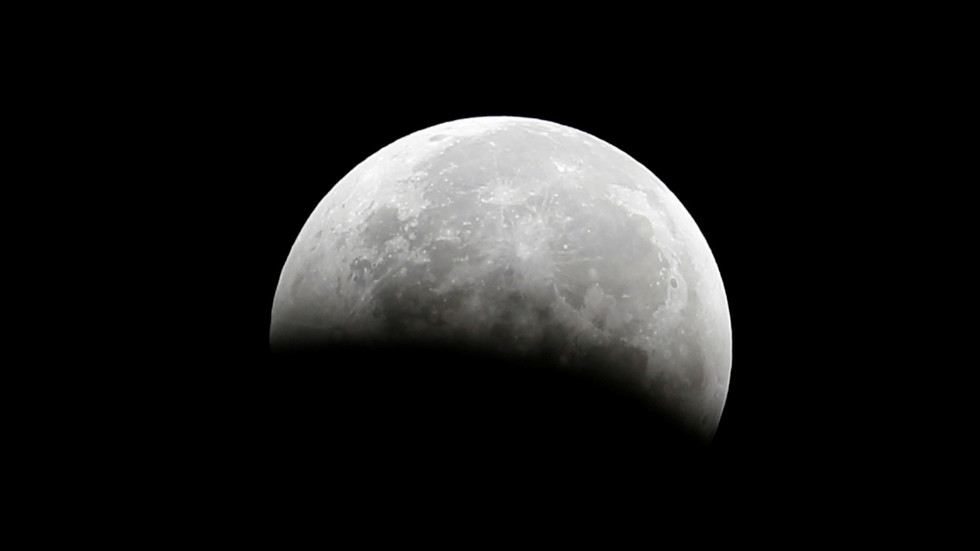 The US space agency confirmed it has found indisputable proof of something that was previously considered impossible – “massive hydration” of the Moon’s sunlit surface by water, that still only exists as separate molecules.

NASA announced that its latest study has helped to resolve the mystery of whether water exists on the Moon once and for all. It is not that claims about the discovery of water on Earth’s natural satellite have never been made before but, until recently, the scientists were not entirely sure if it was really water they were talking about.

Now, thanks to the space agency’s Stratospheric Observatory for Infrared Astronomy (SOFIA), this issue is finally clear. An infrared camera of SOFIA’s telescope mounted on a modified Boeing 747SP aircraft has detected a specific wavelength unique to water molecules while surveying the Moon’s surface. The study results were published in Nature Astronomy.

“Prior to the SOFIA observations, we knew there was some kind of hydration,” said Casey Honniball, the study lead author and a postdoctoral program fellow at NASA Goddard Space Flight Center. “But we didn’t know how much, if any, was actually water molecules – like we drink every day – or something more like drain cleaner.”

Even more surprisingly, the scientists were able to discover some unusual concentrations of water in the Clavius Crater on the Moon’s sunlit side, where water was not expected to even exist in principle.

“Without a thick atmosphere, water on the sunlit lunar surface should just be lost to space,” said Honniball. “Yet somehow we’re seeing it. Something is generating the water, and something must be trapping it there.”

Also on rt.com The Moon is mysteriously rusting despite lack of air & liquid water

A possible explanation suggests that water could be carried to the lunar surface by meteorites. Another one says that hydrogen brought by the solar wind could mix with oxygen-bearing minerals in its soil to form a substance called hydroxyl and later turn into water as a result of micrometeorite bombardments.

The data collected by the researchers suggest that one cubic meter of the lunar soil in the crater could contain roughly an equivalent of a 12-ounce (355 milliliter) bottle of water. Still, do not rush to declare the Moon’s surface “wet” just yet since even the sands of the Sahara Desert contain 100 times more water. The scientists also say that water molecules are so spread out that they cannot form even ice particles, not to mention liquid water.

Possible explanations for water molecules’ existence on the sunlit side of the Moon include possibilities of them being hidden between the soil grains or even embedded in tiny glass beads created by micrometeorite impacts.

As important as it could be for science, this discovery is unlikely to be of any use for NASA’s more practical goals that involve potential extraction of water from the Moon’s surface to be used by astronauts and processed into hydrogen fuel. The water molecules are just not abundant enough to be effectively used, Honniball admits.

Also on rt.com A habitable base in space? Russia’s Space Agency believes humans could one day live on Callisto, Jupiter’s second largest moon

Fortunately for NASA, another study, which was also published in Nature Astronomy, says that future Moon explorers could potentially collect ice from what its authors call “micro cold traps” – permanently shadowed areas in small craters and indentations covering the Moon’s surface – that have ideal conditions to keep ice stable.

Citing the data from NASA’s Lunar Reconnaissance Orbiter, Paul Hayne, the study lead author and a planetary scientist at the University of Colorado at Boulder, says that there could be billions of such micro traps all over the Moon’s surface, including in sunlit areas away from the poles – the regions where large craters containing ice could exist in the permanently shadowed zones.

Yet, the Moon’s polar areas have proven to be quite challenging areas for landing, as was the case with India’s Moon probe last year. So, the existence of “micro traps” could make future astronauts’ lives much easier, if they do contain ice – something that the study has not confirmed so far.

NASA seeks to send a manned mission to the lunar surface in 2024 and has an ambitious plan of establishing “sustainable” human presence there by the end of the decade.