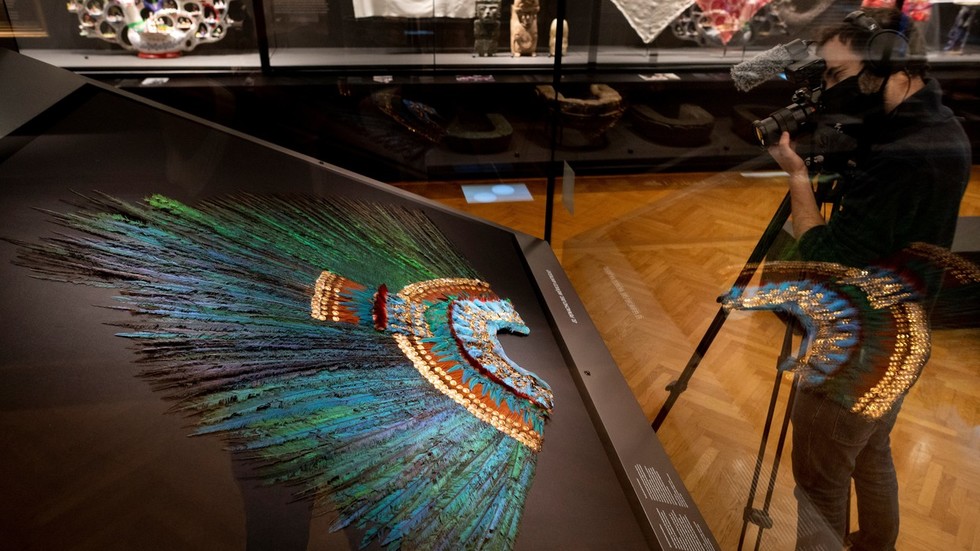 President Andres Manuel Lopez Obrador of Mexico is mulling the idea of appealing to the United Nations for help in getting back native artifacts predating the arrival of European explorers that are held in museums abroad.

“I am seriously considering presenting an initiative in the United Nations for the return of these heritage pieces to their original villages,” Lopez Obrador said during a news conference on Monday.

Displaying the artifacts in European museums is an enduring relic of “colonialist policy,” argued the president, commonly known as AMLO.

Also on rt.com US Congress members accused of trying to BLACKMAIL UK into returning Elgin Marbles to Greece

Earlier this month, AMLO reached out to European museums with a request to borrow the pre-Hispanic artifacts, so they can be displayed next year at the commemoration of the 500th anniversary of the destruction of the Aztec Empire by Spanish conquistadors. The Spaniards largely destroyed the empire’s capital, Tenochtitlan, after a siege in 1521, building Mexico City on the ruins and decimating the indigenous population.

The European institutions, however, were not quite eager to send the artifacts back to Mexico. While some museums have not responded to the request yet, others cited various technical reasons to turn it down. Vienna’s Weltmuseum, for instance, refused to part with the feather headdress said to have been worn by Aztec Emperor Moctezuma, insisting that the piece was “too fragile” and therefore cannot be moved.

In addition to seeking the ancient artifacts, Lopez Obrador has also spearheaded a movement calling for Europeans to apologize to the Indigenous peoples of the region. Earlier this month, he sent a letter to Pope Francis, urging the pontiff to apologize for the crimes during the conquest of the Americas in the 16th century.

“The Catholic Church, the Spanish monarchy and the Mexican government should make a public apology for the offensive atrocities that Indigenous people suffered,” the letter said.