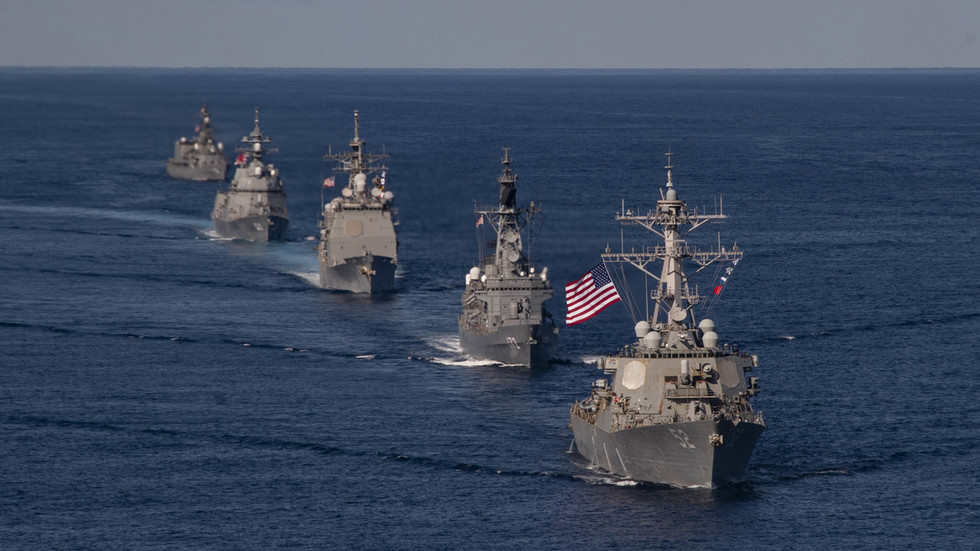 Tokyo and Washington have kicked off a combined naval, land and air drill aiming to show their readiness to “fight and win” despite Covid-19. Beijing has been warning that such activities lead to more tensions.

The ‘Keen Sword’ drill, which is held every two years, involves around 46,000 troops, including 9,000 American personnel, as well as dozens of warships from the Ronald Reagan Carrier Strike Group and the Japanese Maritime Self-Defense Force.

The training will include amphibious landings on several smaller Japanese islands, as well as activities on Okinawa, according to a statement by the US Pacific Fleet. The naval part of the drill, which is expected to continue until November 5, will be conducted in Japan’s territorial waters.

The military exercise comes as a power show against China, as Beijing and Tokyo are locked in a long and bitter territorial dispute over the energy-rich water of the East and South China Seas. While Japan accuses China of trying to alter the status quo in the region, Beijing often lashes out at the US and its regional partners for “deliberately distorting” the facts and international law.

Japan’s top military commander General Koji Yamazaki stated the ‘Keen Sword’ drill is a response to the security situation around Japan, which has become “increasingly severe.”

The commander of the US Forces Japan, Lieutenant General Kevin Schneider, noted the exercise is aimed at showcasing the “growing strength” of his county’s alliance with Tokyo, as the partners have “remained ready to fight and win” despite the Covid-19 pandemic.

Schneider said that both the US and Japan were worried by China’s recent activities in the region, including its military buildup in the South China Sea, harassment of Taiwan by the Chinese military, and new security laws in Hong Kong.

Also on rt.com Is China really about to invade Taiwan?

China has recently slammed the US over selling arms and aiming at military ties with Taiwan, and has repeatedly urged the US to observe the one-China principle. “We will continue taking necessary measures to safeguard national sovereignty and security interests,” China’s Foreign Ministry Spokesperson Zhao Lijian said on Monday.

Tokyo sent warships for anti-submarine training in the South China Sea earlier this month. The move prompted a cold response from Beijing, which argued that regular Japanese and US naval exercises raise tensions in the region. Commenting on the earlier drills, Lijian said Beijing hoped that Japan would not “do things detrimental to regional peace, security and stability.”

On Sunday, Chinese state-run newspaper the Global Times published a story claiming that Japan plans to “put China under siege” over a maritime border dispute. The paper quoted Li Haidong, a professor at the Institute of International Relations of the China Foreign Affairs University, as saying that the Keen Sword drill shows how Tokyo and Washington are “making actual military preparations for conflicts with China.” Li added that the US “wants to use Japan as a chess piece to contain China in the Asia-Pacific region.”