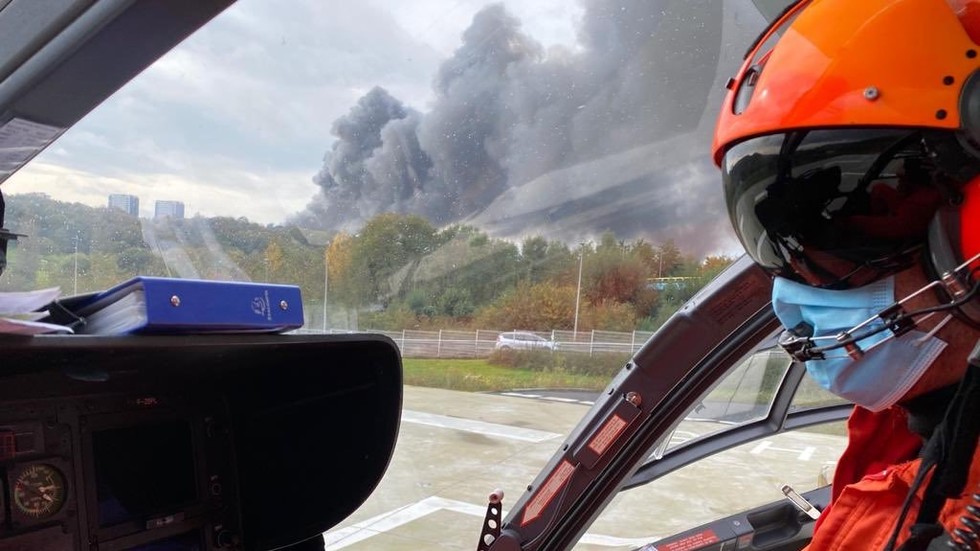 A huge blaze has erupted in an abandoned building in France’s northern port city of Le Havre, triggering the evacuation of nearby houses. Footage from the scene shows a large column of fire and thick clouds of smoke in the air.

The fire broke out on Saturday. According to France’s emergency services, the building is an old warehouse that is currently abandoned.

Le Havre police said on Twitter that they had started to evacuate residential buildings in the vicinity of the warehouse, and advised the public to stay away from the scene.

The blaze has produced large, thick plumes of blackish smoke that are visible from kilometres away.

Multiple fire engines, as well as at least one helicopter, have been deployed to battle the flames.

Aerial photos show that the warehouse has been partially consumed by the fire.

So far, no information on potential casualties has emerged. It also remains unclear whether anything was stashed at the warehouse or if the building was empty.